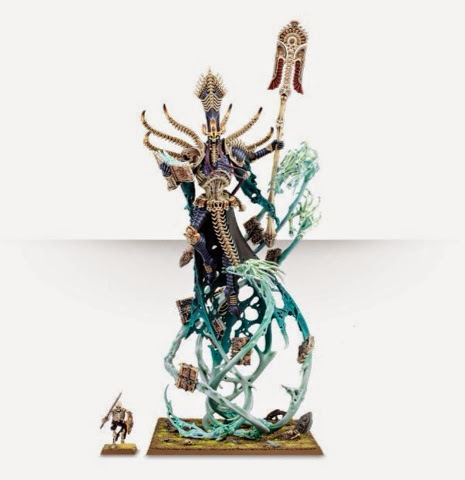 Nagash is bloody huge!
(Also, Warhammer: The End Times is a pretty exciting thing - it seems like GW is actually moving the story of warhammer along a bit! And pushing the world even closer to the edge. Hopefully the Skaven will get a look in. And that this isn't a Storm of Magic two month push then forgotten about forever deal. The new black Warhammer logo is pretty nifty tho)
Posted by MJDredd at 12:56 1 comment: 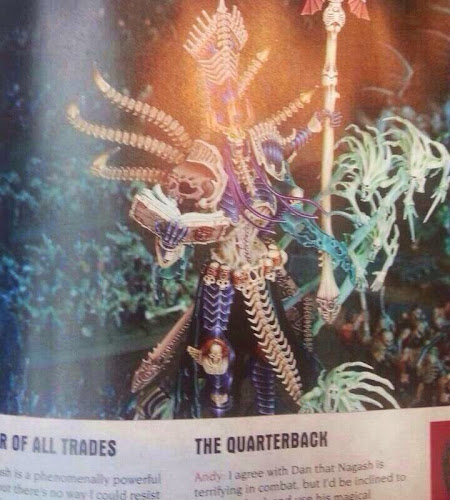 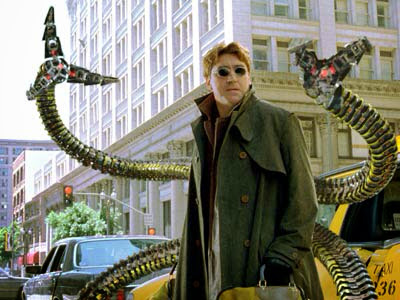 Am I the only one who sees the similarity here? So a new Nagash is here and he's... Eeh. There are great parts (the book, the ghosts, the skull shoulder pad) and bad parts (his face, hat, staff and tabard).

I'm not really a fan of the skirt-less Nagash, his thighs are a bit too thin (I know he's a skeleton, but come on). I'll probably pick one up at some point, but I'll be in no rush really...
Edit: 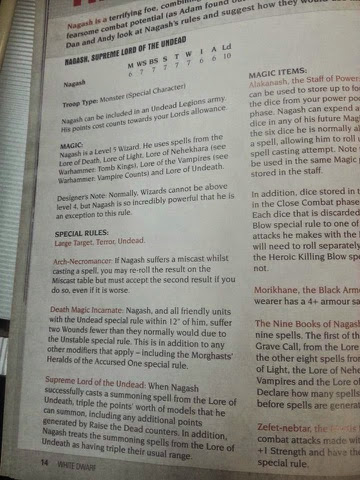 Posted with Blogsy
Posted by MJDredd at 03:43 4 comments: 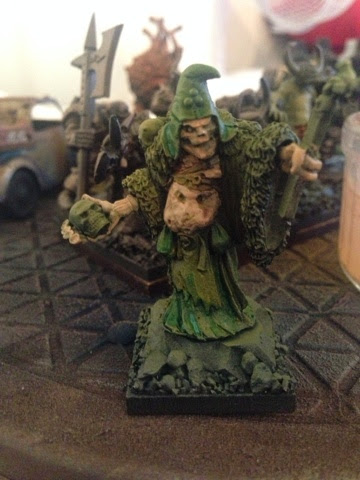 A quick WIP of my Nurgle Wizard for my Nurgle warband. Still undecided on how in painting the base...
Posted by MJDredd at 02:07 2 comments: 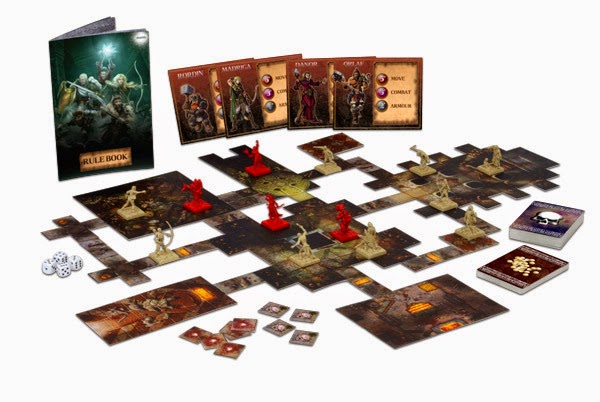 Throwing caution to the wind, Mantic have launched their newest Kickstarter (and it's still not Warpath V2 - the Veer-myn will have to wait) Dungeon Saga: The Dwarf King's Quest - a surprising ballsy move considering GW, MB and King.com's lawyers haven't done anything recently justify their commission.

Lawsuit jokes aside (although they did manage to get themselves in trouble with Geek & Sundry) their campaign is chugging along well, with almost $360 thousand dollars raised with 18 days left to go. If it picks up the pace slightly, it can easily become Mantics biggest Kickstarter to date.

Mantic have a history of delivering their Kickstarters (mostly) on time and, if the comments are to be trusted, they're turning away from their Restic for the models in this game, which is surely good news.

Sadly, this isn't KoW: Skirmish or, what i'd prefer, Kings of Warbands, It's still a cool looking retro dungeon crawler very much inspired by HeroQuest (and the solo play rules are intriguing... it seems entirely possible for you to run the game as the GM for AI-Deck controlled Heroes and Villains... an odd prospect).

Plus the KS-Exclusive Resin collectors editions are too good to pass up! 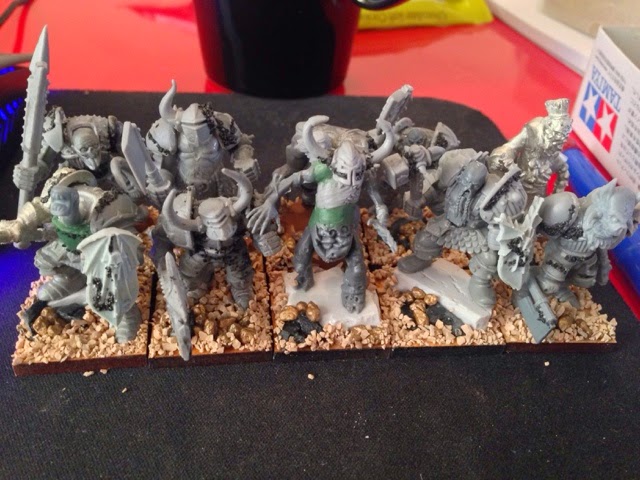 Based up my chaos warriors/thugs (as needed). I was able to track down a handful of her old plastic chaos warriors (IMO I they're better than the new ones - although not as good as the old metals, but easier to convert). Once I've got my airbrush setup, I can get them primed and get them finished.
Posted by MJDredd at 22:56 No comments:

I've been seeing this go around for a while and I thought i'd give it a go. So, here it is, in no particular order, my ten favourite models:

10 - Rogue Trader Chaos Dreadnought
Probably the best Dreadnought GW has ever made (the Forgeworld Contemptors are a close second) - I love the Giger-esq aesthetic, it's subtly creepy in a way the new Hellbrute isn't. 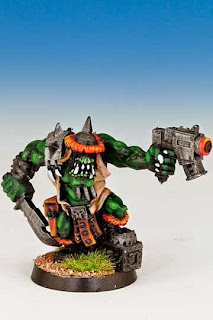 I'm going to lay this out right here: Gorkamorka is my Oldhammer, and this is the best Gorkamorka Ork (until the next one anyway). 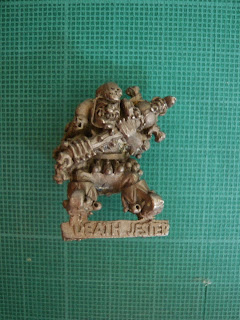 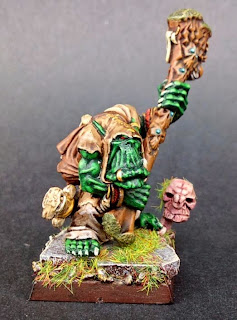 Arguably my favourite model of all time. It's probably, to me at least, the best fantasy Orc that GW has produced (a bold statement indeed). 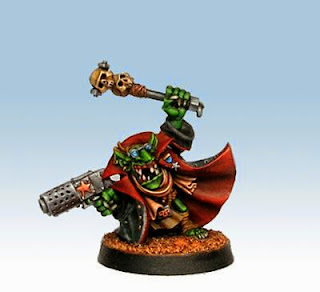 Gorkamorkas back! I just love the idea of the Rebel Grotz. The Red Gobbo is the most characterful of the lot. Just look at him! Where did he even get a leather jacket in the middle of a desert...

5 - Space Ork Nobz in Power Armour
I don't know what it is about these guys. Their faces are weird, the proportions are odd and their waists are unsettling. But that said, I still love them. I just can't explain why. Like a pet dog that stinks a bit and eats it's own sick. 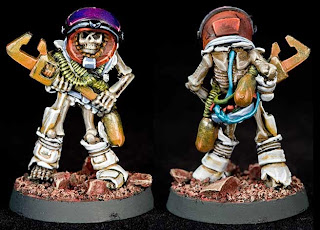 The perfect mix of creepy, menacing and impossible to find for a reasonable price on eBay. All-in-all, 10/10 would pine after again. 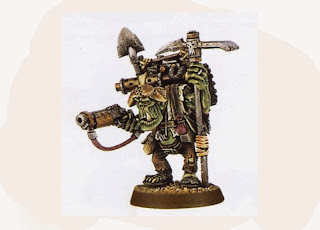 Ok, last Gorkamorka model. I promise! I remember, as a lad, reading a fluff peice about Nuzgrub and it's stuck with me since, I think it ended with him pole axing an Ork boy in the head with his pick axe. If it just wasn't for his right arm (it's just holding his shotgun a bit... Oddly) he'd be my #1 Gorkamorka Ork.

2 - Genestealer primearch on throne (with magos) 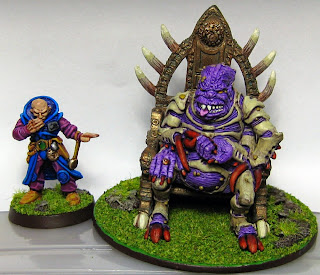 A bit out of left-field (mostly because it's not an Ork), this is the model that keeps me wanting to do a genestealer cult. And any model that makes you contemplate dropping the money required to start a whole army is surely deserving of a place in your top ten? 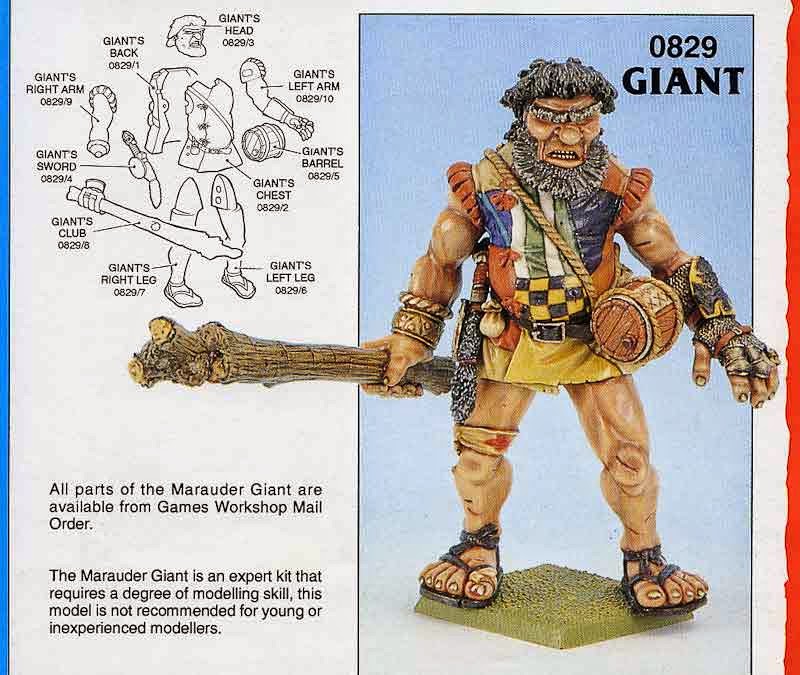 Aah, the Marauder Giant. To me, the definitive giant. A model I've wanted for as long as I've been in the hobby, but could never have (until recently, well, mostly). If only the new giant was just this guy, in plastic. I'd have an army of them.
Ok and that's it for my, admittedly GW-centric, list. I'll produce another one sometime focusing on alternative companies. Maybe, I've been very flakey on my posting recently. This is a situation I'll have to rectify :).

Posted with Blogsy
Posted by MJDredd at 22:55 6 comments: