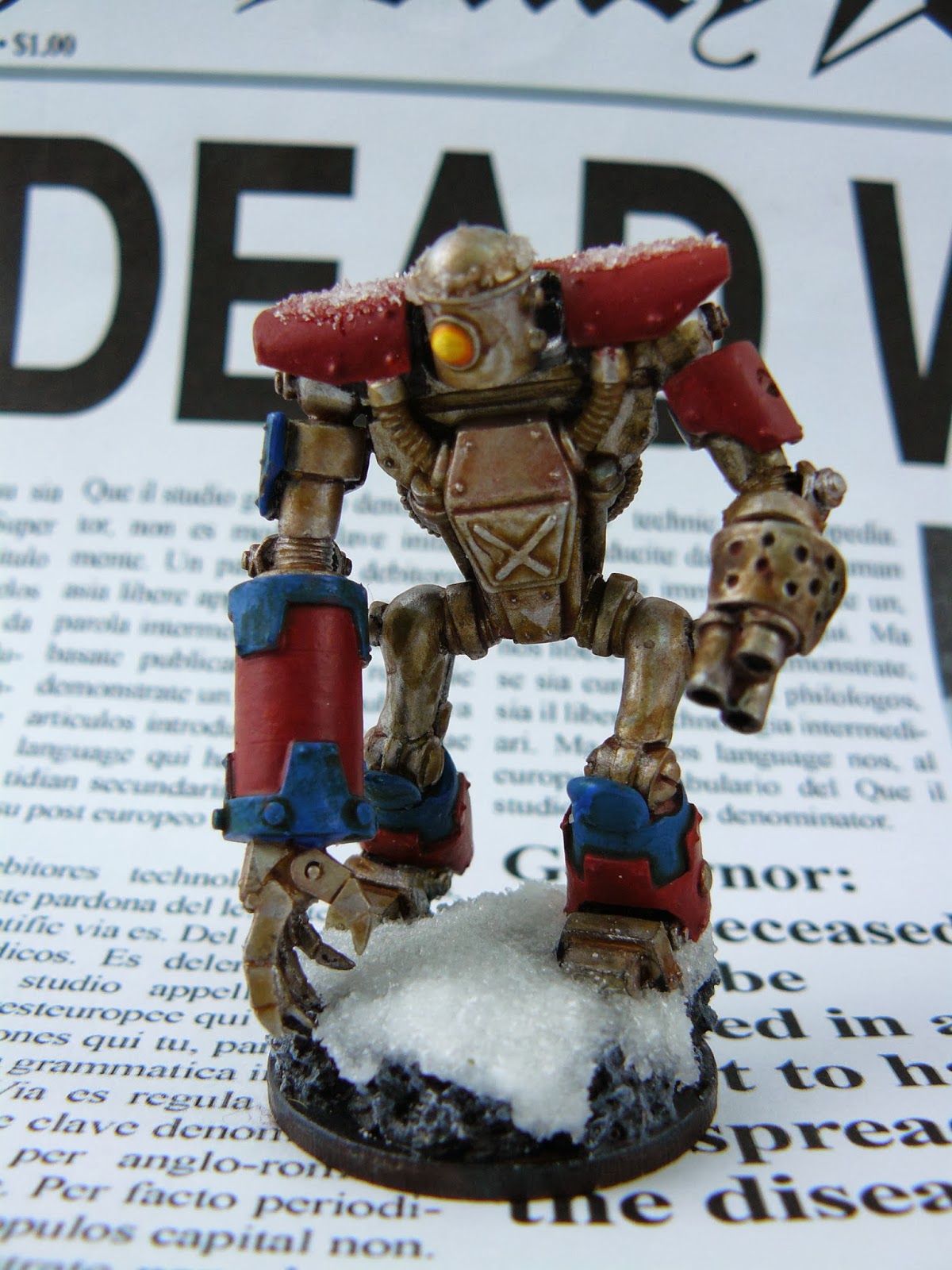 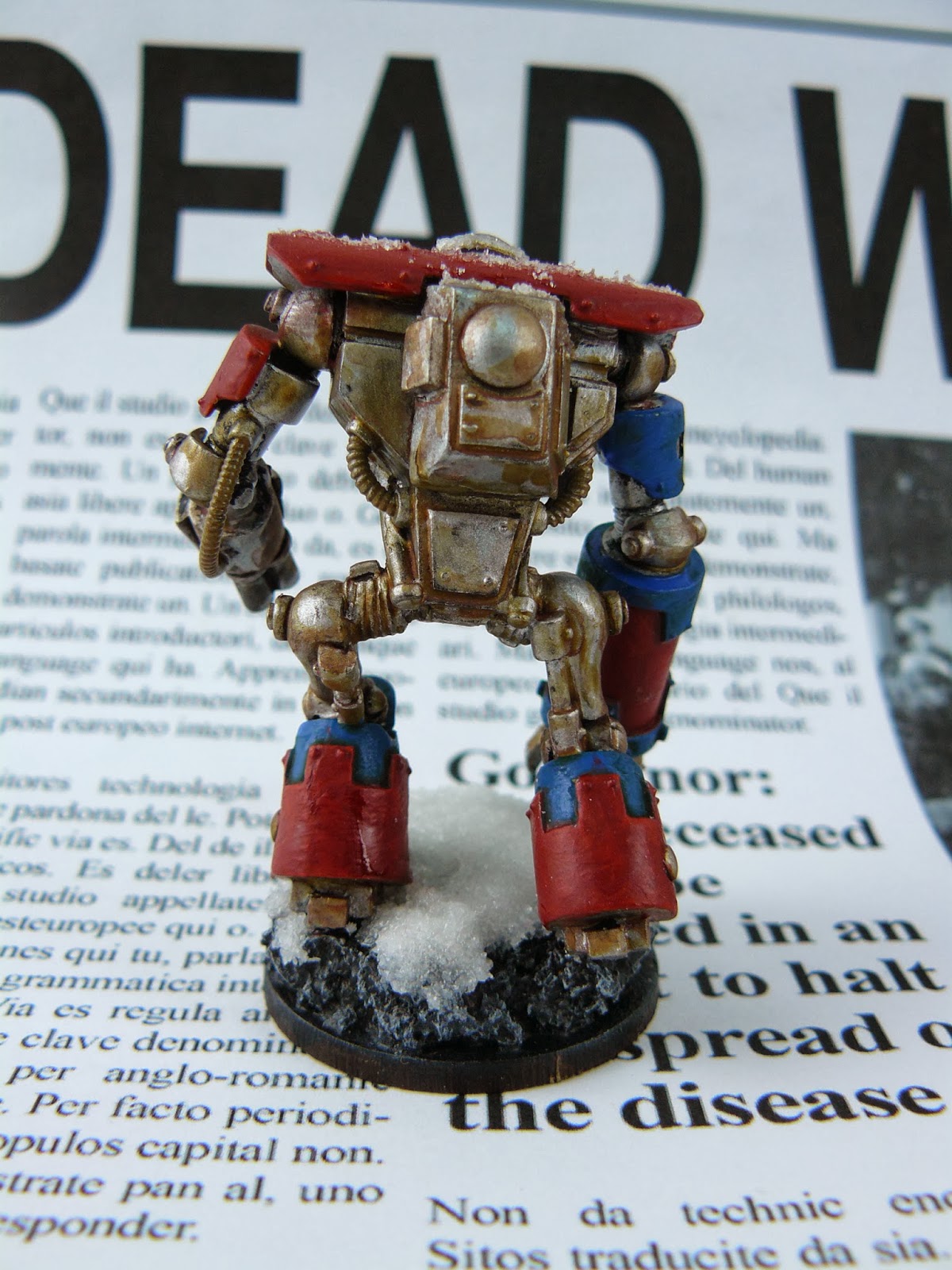 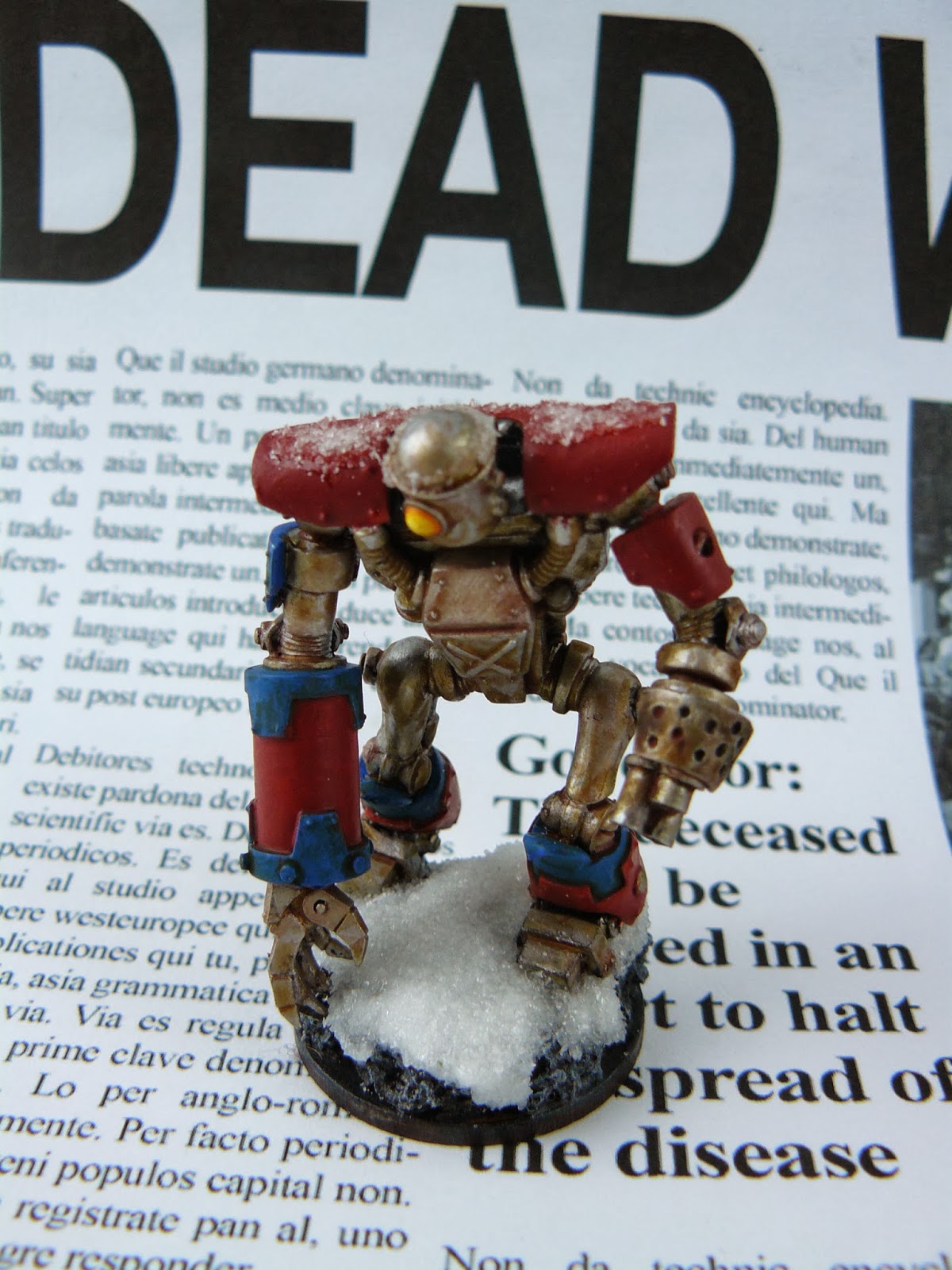 Another model down! I decided to stick with the snow basing theme that I've got going (I miss doing snow bases). This guy is a Blight Wheel Miniatures War Bot. Overall he was fun to paint.

Anyway, just a quick update. I'll be back soon (hopefully) with the first shots of my revived Beastmen army project.
Posted by MJDredd at 03:04 No comments:

Email ThisBlogThis!Share to TwitterShare to FacebookShare to Pinterest
Tags: Hobby

Happy Valentines day! It's an Ork.

My girlfriend is off on a trip for the next week, so I'm painting. One of the models I've gotten painted in this time is this Ork Nob: 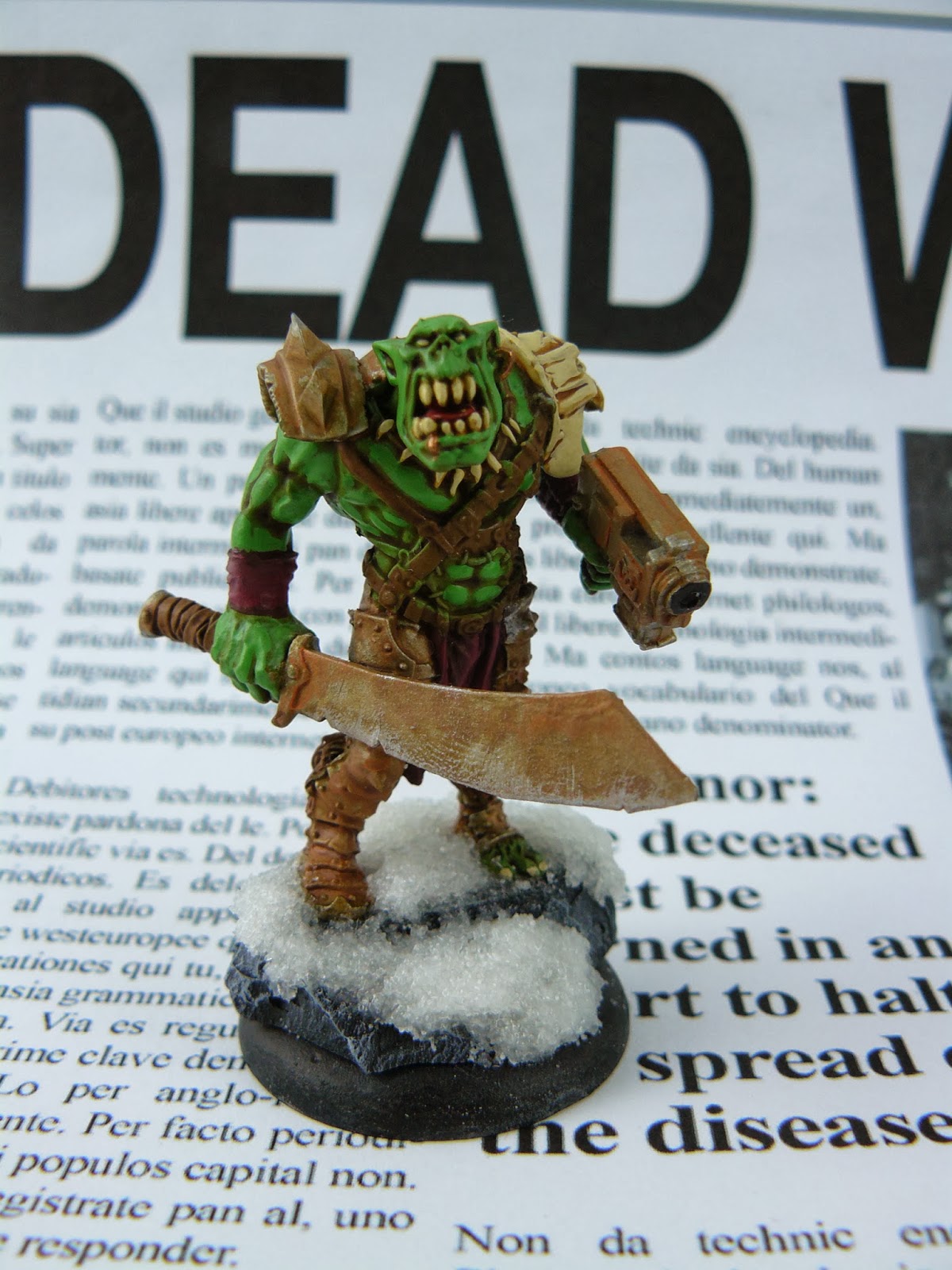 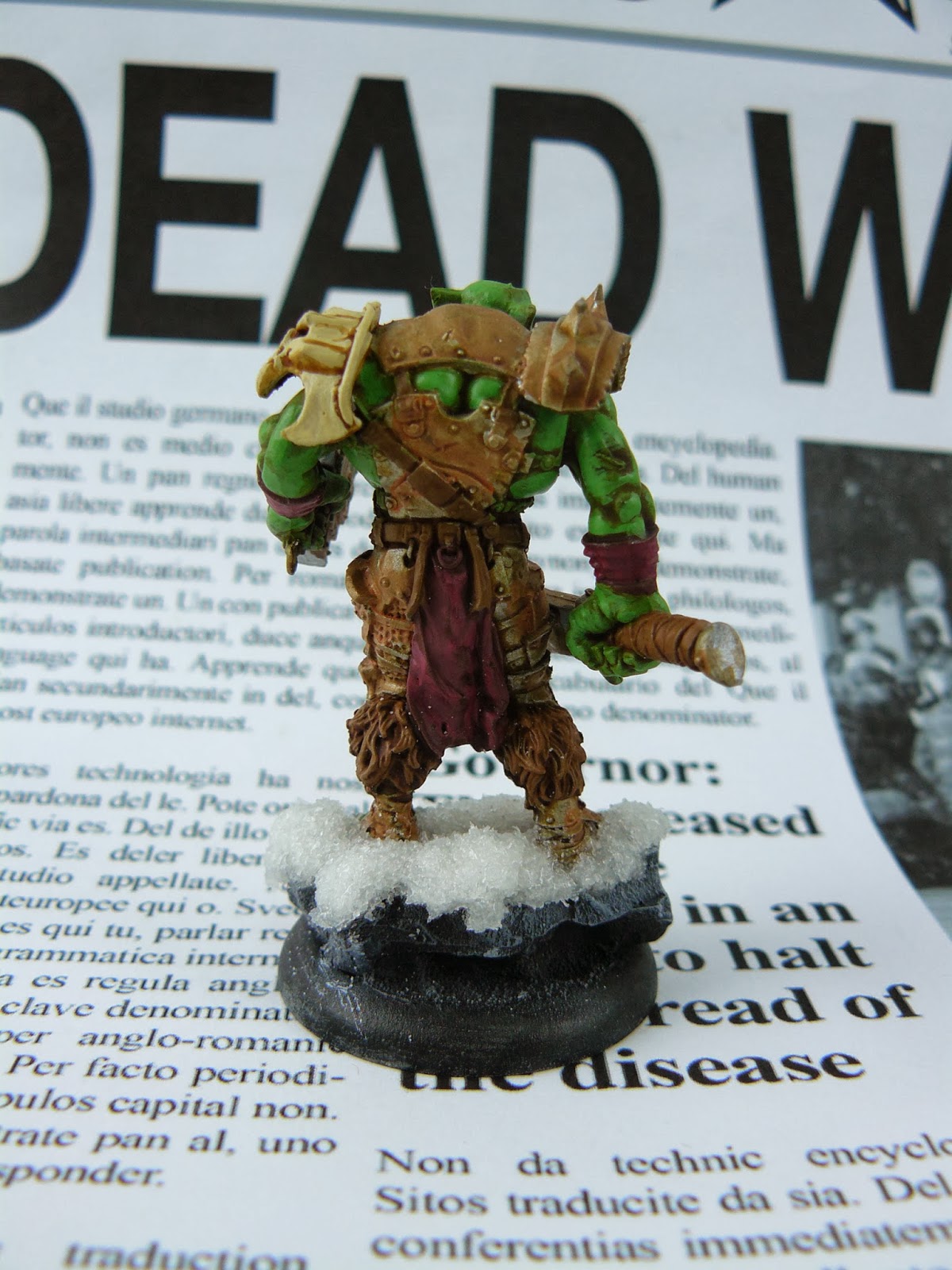 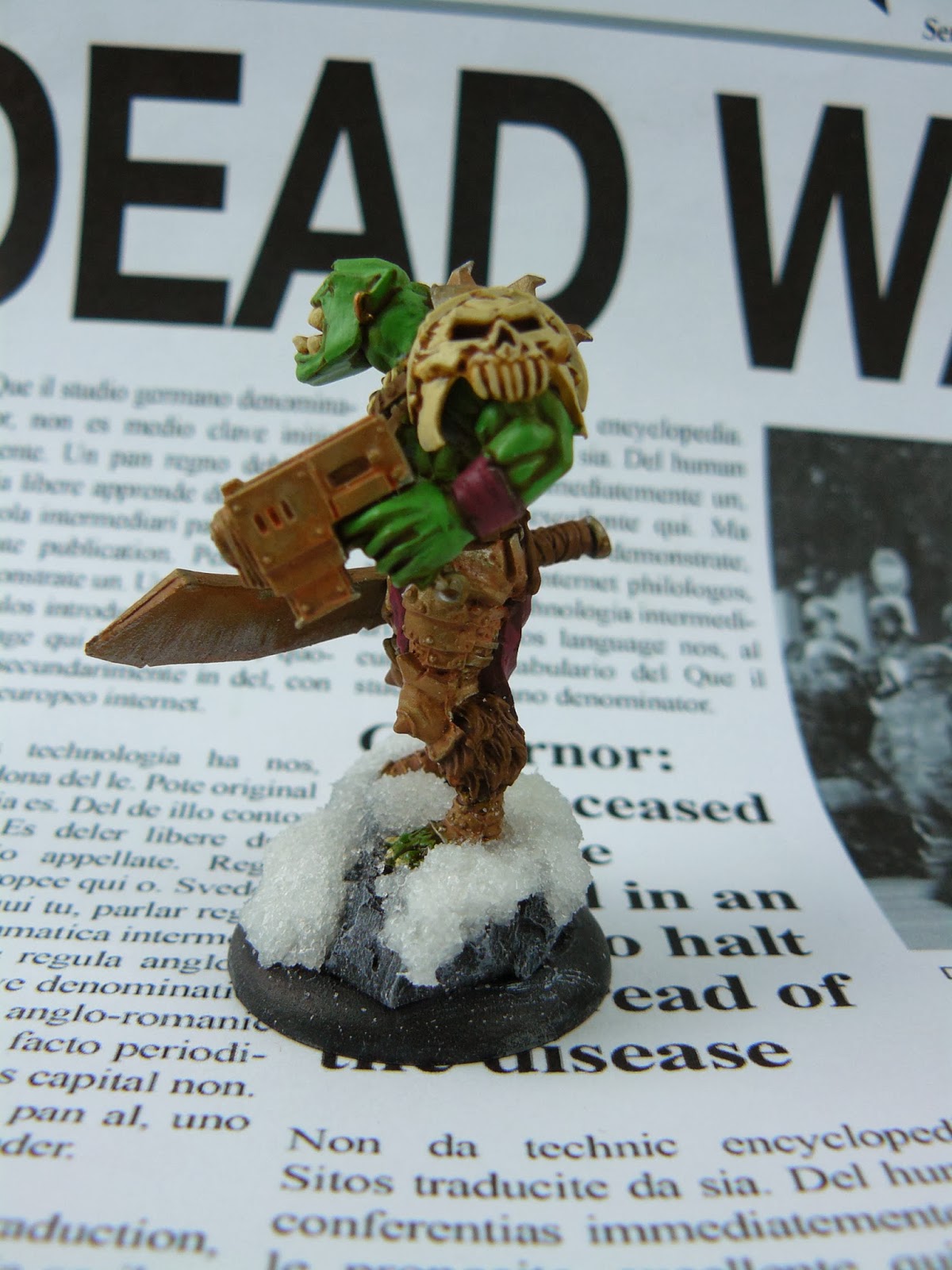 He's made from and Ork head and arms, and a Mantic Ogre body (I'm not sure where the skull should pads comes from, i think the Chaos Knights kit). I've got a squad of 5 of these guys made up that I should get on with painting....
Posted by MJDredd at 08:02 No comments:

No! well, maybe. I can't really be the one to keep track of that type of thing... But what I have kept track of is how long it's been since I made a post last, almost 5 months! But worry not, I haven't died or anything equally horrible. Basically, me and my girlfriend moved in together and i got a new job - which didn't really leave all that time for hobby. But everything's settled down now, and thanks to the new job, don't need to worry about money for a little while. So everything's working out pretty good.

Ok, so, first. I've actually painted some models! (this is further evidence toward the end of days theory I opened with). I've not really settled on a particular project yet, so I've been mostly painting individual models (most of them from my big box of Reaper Bones) with the hope of incorporating them into some sort of hybrid Mordheim/dungeon crawl type game:

Well, that's about all for now. Hopefully my next post won't be in 5 months - there's so much that's happened in the hobby in the past couple of months, it's really a good time to collect toy soldiers.
Posted by MJDredd at 13:59 No comments: