Painting Zombicide: One Tray Down!

Ok, so. I finally finished my first tray of zombies. The lessons i've learnt so far? Don't trust that brush-on varnish wont frost your models. As a side note, this was the first time i'd actually seen all the zombies together in a horde (not counting when they were in their tray), and i think they look pretty imposing...

Anyway, onto the zombies!

Now that I've finished my first tray of zombies (pictures in the next update) I thought I'd take a quick break and start on the six survivor models: 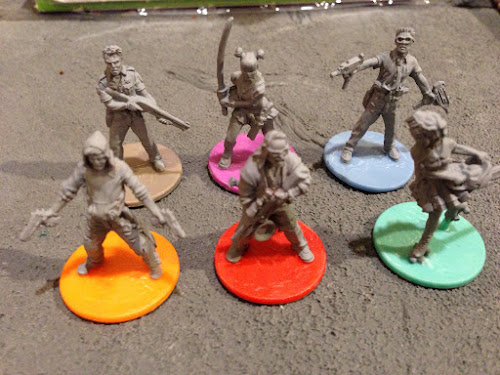 Not much to look at now, but I should hopefully get these guys done over the next week or so.

Small update this time, next time I'll post up my completed zombie tray.

Posted with Blogsy
Posted by MJDredd at 14:08 2 comments: 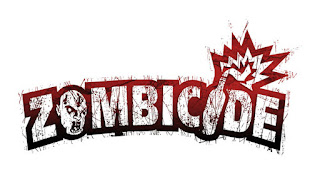 So, Zombicide Season 2 is here and on Kickstarter. And it would be remiss of me to not point out that, rather unsurprisingly, it's preforming quite well (it's at $970k at the time of writing). 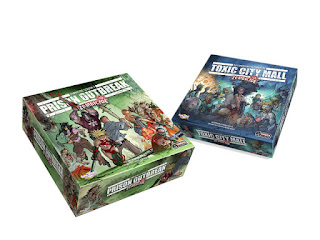 On the face of it, it looks like we'll be getting 153 new models (including the Zombie Dogz, but not any of the stretch or extras) which, if your pledging to get everything (-the original game) works out at, as base level, of less than $1 per model. Which seems like a fair enough deal to me.

Now, I missed Season 1 on Kickstarter, so I jumped onto backing this within 5 minutes of the campaign opening (just enough time to miss all the early bird specials). IT's slated for a September release which, knowing CMoN, it's likely to be in my hands early October - which is quite a nice deadline for me to paint my Season 1 set.

Full list of what you currently get at the Fugitive ($150) level after the break...