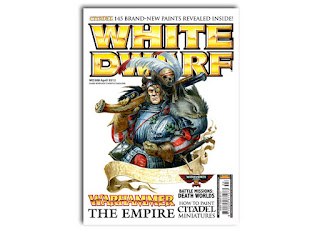 So White Dwarf 388 is out and, would you know it, it's all about these empire chaps. Even though the pictures have been on the internet for a week or so, it's nice to see them in print. Now that i've had a proper look at these guys i can say that i'm still not blown away by Karl Franz/Generic General on Griffon. The pose is just too static, it looks like a statue of a griffon (especially when you put it alongside the Island of Blood griffon), and i'm still not sold on the random Steam Tank hull they've strapped on its chest. That said, the two-headed one is the best of the bunch. 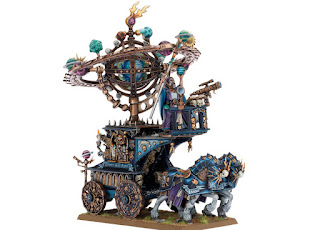 With the, slightly disappointing, griffon out of the way i'm very happy with all the other releases, especially the Celestial Hurricanum, which may get re-puropsed as a Tzeentch Warshrine for the Warriors of Chaos army i have to keep stopping myself from buying.

Now i've seen the Demigryph Knights, i think they look cool, plus, they're on 50x75 bases, so they wont look stretched out/dwarfed by their base.

Of the rest of the models, the Master Engineer is nice (i prefer him to have the scope) the captain is holding his weapon all weird, but shouldn't be too hard to convert. The Witch Hunter and Warrior Priest are the best of the four new finecast (the wizard is probably third). My only complaint is with the re-released finecast models, to be exact the "HEROES OF THE EMPIRE - VALTEN", three resin models for £40? World. Gone. Mad. I don't think Forgeworld charges that much (i'm ignoring the existence of Lietpold the Black here, otherwise my argument would look stupid).

All in all, i'm impressed with the Empire releases (also, am i the only one who's noticed that Flagellants are Special choices now?) and it's taking a lot of willpower for me not to start collecting them (that said, i have ordered the book and Master Engineer, just to see them in the 'flesh'). Once i've completed the Vampires (or Skaven) i'll consider Empire (or Warriors).
Posted by MJDredd at 16:50 No comments:

So, pictures of the new Empire Army Book and models have 'leaked' onto the internet (don't think it really, technically, counts as a leak if the leak is just pictures from next weeks White Dwarf - I think the term everybody should be using is 'Advertising'). That aside the models i'm most impressed with? 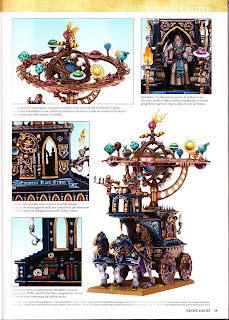 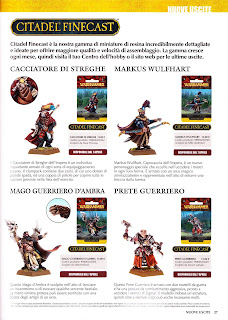 These two sets (the Demi Gryphon Knights i can take or leave and the new Karl Franz is sweet, but the Griffons Chest plate just seems a bit off to me - if it's optional i will, of course, change my mind). To be exact the Witch Hunter (top left) and the Warrior Priest (bottom right) are the two I like the most. Also the Horse-Drawn Cart with the model of the old-world solar system is just too cool.

Aside from that, Forgeworld has a couple of new releases: 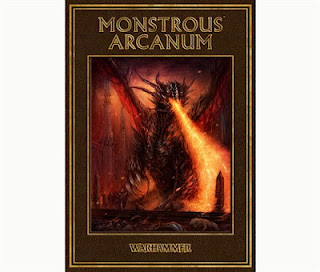 Monstrous Arcanum:
"This is the eagerly-anticipated first book in a new series from Warhammer Forge, and as its name suggests Monstrous Arcanum deals with a veritable carnival of monsters both arcane and bloodthirsty. Within this 113 page, full-colour hardback book, you will find 32 new monsters – nightmarish horrors and noble beasts, creatures of magic made flesh and the victims of terrible curses inflicted by dark powers – presented in the form of Binding Scrolls for use with any Warhammer army."

More big monsters in Warhammer is only a good thing, the Warpfire Dragon and Basilisk models alone have convinced me to order this book. Also, "first book in a new series" does that mean more books full of big nasties? I'm sold. 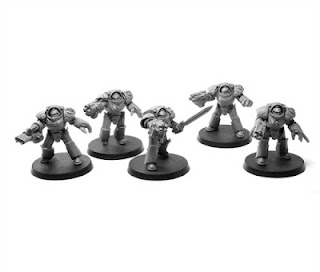 Tartaros Pattern Terminator Armour. Or, for short, Mini Contemptors. If i were in the market for new Terminators (or any terminators, for that matter) i'm be getting these. For one, they'd look great alongside the Contemptor Dreds.

Although, they could do with a bit Chaosing up. Maybe some mould, tentacles and rotten ooze. No, stop. My bank can't take any more! 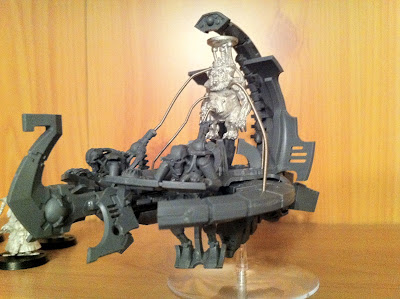 I've started work on my Arch Magos for my Nurgle Squats. Still some work to do, but i'm pleased so far with how it's turning out.
Posted by MJDredd at 05:08 No comments:

Finally finished the zombie regiment. The gore turned out alright, if a little time consuming.

Messing around at work with Tamiya clear red and UHU glue, I've been trying to make stringy gore for my zombies, so far it looks alright.

Email ThisBlogThis!Share to TwitterShare to FacebookShare to Pinterest
Tags: Hobby

I've just received 20 of these guys to act as a unit of Skeletons with spears for my VC. Will get a mini review up when I've painted some.

Because I'm getting distracted by my VC. I thought I'd knock together a vampire on nightmare (he could also be a mounted wight king)

I've been a bit distracted from my Squats recently, mostly because I've been building this guy for my Vampire Counts

Finished the basecoat for my Nurgle Squat HQ choices (L-R the Warlord, Psyker Magus, and two Psychic Bodyguard). Now I just need dip, washes and highlights... Oh, and, the bases!